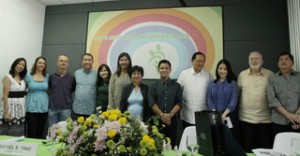 “We have long sought to undertake a communications campaign give a new, more relevant perspective about legal adoption. Now, the Department, together with ICAB and McCann Erickson has finally made this possible,” says DSWD Secretary Dinky Soliman.

This advocacy communications campaign seeks to soften the stigma on adoption.

“There are so many children in orphanages and other child-caring agencies waiting to be adopted. But families hold back on adoption because of its stigma,” adds Soliman. 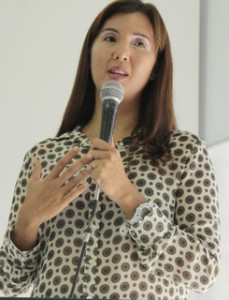 “I just want to also extend my full support behind everyone working very closely on this. And for those in the government agencies, especially DSWD, I should very well know, I continue to push for funding for this very important cause,” Senator PiaCayetano said.

John Boren, President of Adoptive Families Foundation, Inc., explains that while adoption takes time and some amount of money, the fruits and rewards are limitless. “Our organization helps adoptive families during and after the process of adoption. We sponsor forums on the legal, social and psychological issues related to adoption. But above all, we want families to openly share their stories so more families will be inspired to adopt.” Keeping adoption hidden from both the adopted child and family and friends, results in adoptive families living a lie. Because of this, there are adoptive parents who carry unnecessary psychological baggage.

Members of AFF have joined together to sponsor forums which bring together all kinds of families to learn about the legal requirements of adoption, how to rectify simulated adoptions, how to talk to a child about adoption and especially tell them about their own adoption, how to decide on what information needs to be shared with others and how to deal with overly-inquisitive acquaintances; how to build and reinforce a positive self-image, both in our adopted children and in their adoptive parents, and how to deal with adoption issues at school, with teachers and administrators and other students.

“Despite the stringent legal process, there are 1,000 foreign families highly interested to adopt Filipino children,” says Bobby Tinio, board member of ICAB. There were 93 cases of children cleared for adoption as of September 2012.

DSWD Undersecretary Parisya H. Taradji, ICAB Alternate Chair, says, “There is room for improvement within our own best practices. Through this advocacy, we hope that the stakeholders in the adoption process will come together to address adoption-related issues and concerns.” 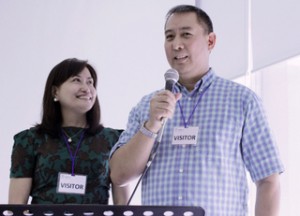 The story of Anna Villa

Jojo and Janet Villa journey for adoption started in November 2009. The petition for adoption was filed in  2011 and they welcomed Anna to their home last February 25, 2010. “The waiting time was relatively short. Our social worker, Mrs. Myrna Pineda, had guided us patiently through the process and has always made herself available for questions and assistance. She has since become our friend and eventually my ‘kumare’ when we both become godmothers in a wedding,” says Janet. Her husband, Jojo, is a basketball coach in a leading university. Anna is now 3 ½ years old. Janet says that Anna understands that some children don’t have fathers, others don’t have mothers, and others don’t have both. “There are three in our family whom we have encouraged Anna to call Mama: her Mama Gay (who is the second mother we appointed when we were asked to do so by KBF), her Mama Inday (the helper who has been with the Villa family for 37 years), her Mama Baby (the helper who has been with the Villa family for 23 years). I want Anna to realize how many mothers love and care for her,” adds Janet. 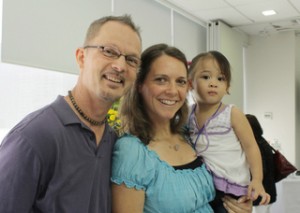 The story of Justin and Ashlyn

The Logans are among the many foreigners who have adopted Filipino children. They have lived in the Philippines for nearly 24 years. They first learned about KBF through Chosen Children, an orphanage for special children. They adopted their first child named Justin.

“Our first response was pure joy in our hearts when we heard that we had been matched with a child.  We wanted to jump in the car and drive the 5 hours to meet our precious little one right then and there.  Of course, we followed procedure but the excitement grew by the day!” says Michelle.

Last Thursday, Ashlyn, 2-year old girl joined their family. “We are always encouraging others that have a desire in their hearts to adopt to go ahead and take that first step.  The first step is always the hardest, not knowing what you may be doing.  Once we contacted KBF, we were encouraged as they led us through each step and informed us what would be next” adds Craig. 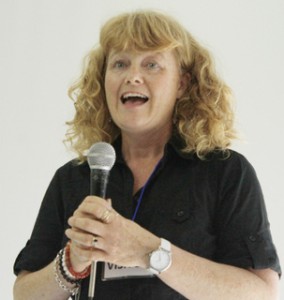 The Story of the Skopakows

Peter and Darlene Skopakowwas recently united with his adopted child from Leyte. He filed his petition for adoption with ICAB in February 2009. Today, he and his wife, are proud parents to Mary Jane. “This is our second adoption. We have had Mark, our first adopted son since April 2005. Mark has brought so much love to our home, which is why we considered a second adoption.” Peter and Darlene say that they have heard from friends that the Philippines has one of the best legal adoption process in Asia. “This is why we have sought an adopted child in Manila. While it might have been a long wait to have Mary Jane nothing comes close to loving two beautiful children,” adds Peter Skopakow.

The Role of ICAB

The Inter-Country Adoption Board works directly with 105 international partners, communities and organizations and 99 local child-caring agencies (CCAs). ICAB’s mission is to place Filipino children with suitable foreign adoptive families abroad and ensure the protection, security, and the best interest of Filipino children.

Atty. Bernadette Abejo, Executive Director of ICAB, “I am happy to see this adoption advocacy campaign finally come to reality and I am very positive that this campaign will soften the stigma on adoption.” The Inter-Country Adoption Board (ICAB) created by Republic Act 8043 (RA 8043) was designated as the Central Authority in matters relating to inter-country adoption of Filipino children. 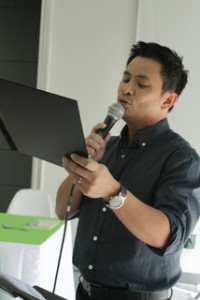 Through music, specifically, the song, “I love you anak” sung by award-winning singer and songwriter, OgieAlcasid, the advocacy hopes to change the mindset of many Filipinos about adoption and encourage families to open their homes to adoptive children.Ogie prides himself as being a family man. He is married to Regine Velasquez, with whom he has a son, named, Nathaniel James.“I’m glad that they’ve used music as a start, as a kick off for the campaign because music is very powerful. We always say that music is the language of the soul,” Ogie said. His US-based sister is married to an American and they currently going through the adoption process. They have also met with officials from ICAB. “I also have friends who are adoptive parents and there is no difference from the love that they show to their biological and adopted children,” added Ogie.

Raul Castro, Chief Executive Officer of McCann Worldgroup, knows that through this advocacy the agency can be true to its vision of driving positive values that will help transform lives. “This campaign on adoption is enabled by a team who commits

to the advocacy on a personal level. Many wanted to get involved in the creative work, which aligns with our desire as a company to positively impact on lives”, proudly says Raul.

“Many Filipino families are willing to open their hearts and homes to adoptive kids. There is an opportunity to encourage this mindset and this is what the communications aims to do. The campaign is a solution that magnifies the life-changing, positive impact of adoption, adds Raul.

Like what Craig said, “Every day with our children brings many special moments.  Whether it’s from the funny things they do or the new things they learn or the special family bonding times we have.”

The following companies have partnered with McCann in support of this advocacy campaign, namely: Fort Bonifacio Development Corporation (FBDC) for allowing the organizers to use the 28th Terra Park in BGC for the upcoming on-ground family picnic event; Just Add Water (JAW) for managing the audio and video production of this campaign; LoudBox Studios for the musical arrangement and recording of  “I love you anak” song sung by OgieAlcasid; Informer Media for the video production and volunteer students from the Communication Arts Department of UST.