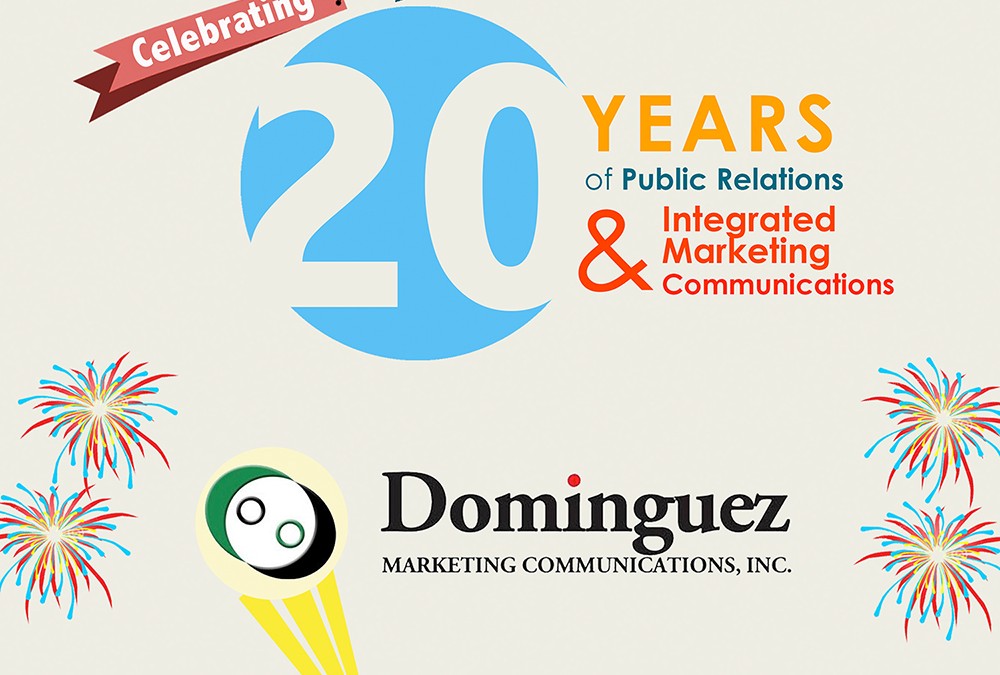 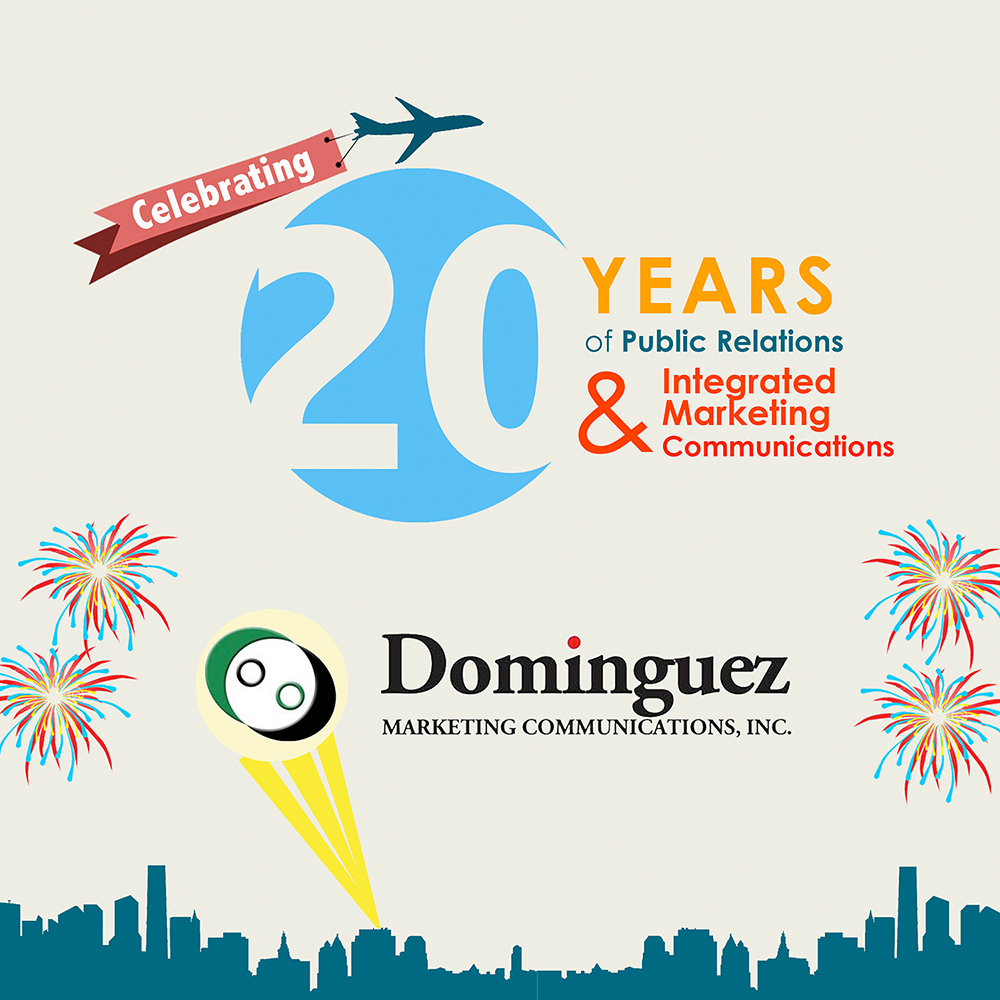 Twenty years. For married couples, it is already considered a momentous feat.

But for a business, lasting twenty years is considered a profound accomplishment, particularly for a startup public relations firm in 1995 that grew from a mere kitchen-based office to a respected industry leader trusted by leading firms both locally and internationally.

Dominguez Marketing Communications has reached this two-decade milestone, owing it primarily to its namesake president and CEO, Mel Dominguez. She has led and navigated her firm through not only the challenges of running a startup but getting exposed to several challenges in the local, regional and global economies.

Mel did everything, from media relations to business development to accounts management; she would shuttle laboriously from a posh Makati office to meet a client to making the media rounds along Port Area to meet and mingle with editors and reporters.

“It only takes strength of will and a great amount of faith to make us pull through,” Mel says. “But what really counts is the incredible trust our clients give us, confident that we will be able to deliver what’s needed.”

Working on her strength of character and charisma, Mel was able to single-handedly bring into the awareness of Filipinos the presence of such global brands as Hewlett-Packard and Cisco Systems to a world still disparate and disconnected.

“No one knew about what kind of technology they offered, so we considered it as a mission for us to get the message through,”Mel said. She was one of the vital personalities that helped push information technology journalism in the country with her valuable support in bringing the necessary information about IT to both trade and mainstream media.

Her tireless efforts led to wide coverage of IT in trade publications and broadsheets, which were starting to cover the industry as a beat. Eventually, she was a primary supporter in the organization of the IT Journalists Association of the Philippines (ITJAP) or Cyberpress Philippines, which has since been the widely recognized industry group of IT beat reporters and editors.

Throughout those nascent years in IT journalism, Dominguez Marketing Communications became one of the most recognized and prominent PR firms in the business. The word spread and their clientele expanded from global IT leaders HP, Cisco, Dell and EMC to other industries, such as telecommunications, social media, banking and finance,health and wellness, services and consumer markets, wherein it handled key marketing and corporate social responsibility programs and advocacies.

Among the most heralded accomplishments of the agency was the “Digitization of the CCP Library” with the Cultural Center of the Philippines and EMC; disaster relief for Typhoon Ondoy survivors with the UN World Food Programme and TNT; and an ongoing initiative with the Department of Social Welfare and Development, McCann Erickson, and the Inter-Country Adoption Board to eliminate the negative stigma of child adoption.

Dominguez reached a corporate milestone when the PLDT Group tapped the agency in key initiatives. The company was behind the successful 6-year staging of the online gaming event Domination for the publicly listed IP E-Games. It supported another PLDT subsidiary, SPi Global,in bagging the BPO Company of the Year in 2011. Currently, the agency handles the Sun Cellular account.

The agency has since grown leaps and bounds with clients such as top global brands Autodesk, Jabra, Twitter, and USANA Health Sciences, among others.

It also spun off its events marketing business to a subsidiary Events@Work, which has become a trailblazer and market leader in the planning and execution of major corporate events, such as conferences and exhibits.

Thus, from a mere one-woman workforce in the early days at a small area of Mel’s rented apartment to a 20-strong team at a full-functioned business center in Makati City, Dominguez Marketing Communications has become a major player in the mostly multinational-dominated marketing and communications industry. It has evolved from being a mere PR firm to an integrated marketing communications company that covers all areas in bringing a client’s message across.

But more than offering the right solution,Dominguez prides itself with its strong relationships with its clients, being adaptable to the market, and its passion for awesome results.

“We all just love what we do,” Mel says. “Apart from being qualified to do the job, we are passionate to get things done and go beyond what’s expected. And we’ll continue doing that, and innovate to provide more services and solutions.”