Robotic Automation Pivotal in Powering Manufacturers in Philippines After COVID-19 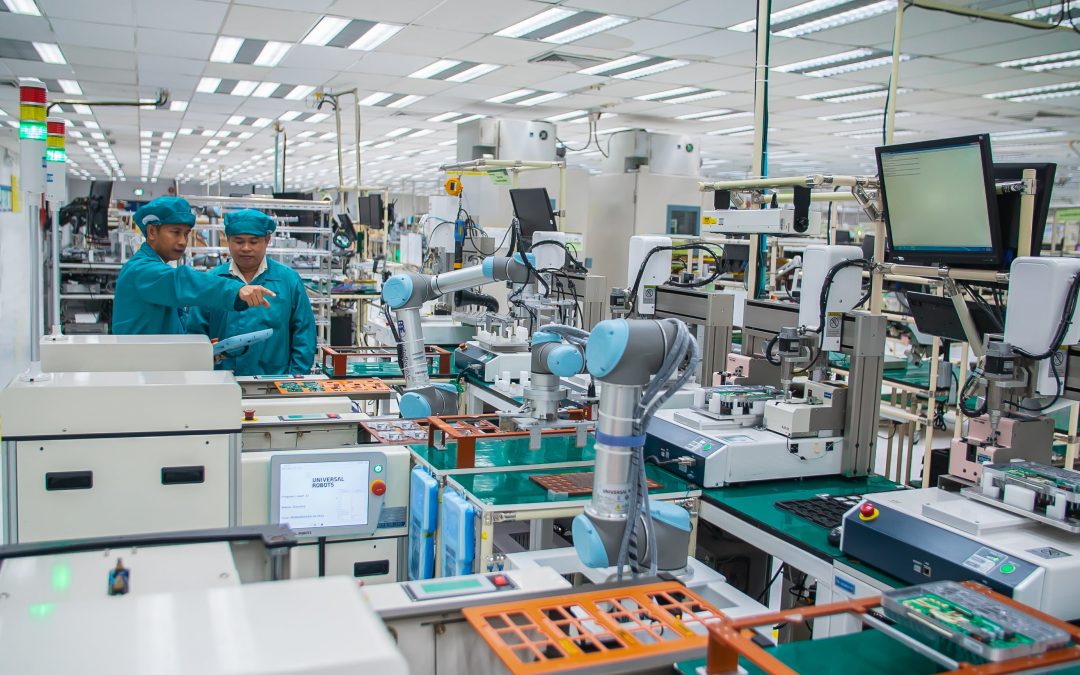 With volatile market conditions and constant disruption, leveraging automation to optimize production is a constant challenge. A new class of robots, dubbed “collaborative robots” aims to bridge the gap between fully manual assembly and fully-automated manufacturing lines. Universal Robots highlights that cobots could potentially improve productivity for the Philippines’ manufacturing sector by up to 30 percent.

“As the Philippines gears up for a national infrastructure building and improvement program, it will invariably include automation and AI (artificial intelligence or machine learning). To allay reservations for automation replacing people, cobots would become the perfect companions to the Philippines workforce, as they co-exist with operators and service maintenance engineers,” said Darrell Adams, Universal Robots’ Head of Southeast Asia & Oceania. “Cobots fit snugly into the Philippines market, enabling humans and robots to share tasks along a production line. With the assistance of cobots, local manufacturers can achieve higher levels of efficiency and rapid productivity gains.”

He explained that cobots can easily be reprogrammed to solve new tasks to meet the short-run production challenge faced by companies and thereafter, adjusted to ever more advanced processing in smaller batch sizes. The adoption of cobots can help expand the manufacturing sector’s contribution to the economy and boost innovation and capacity for Small & Medium Enterprises (SME).

Philippines’ manufacturing industry is a key growth driver of the economy, accounting for almost a quarter of the country’s GDP1. However, the average automation levels among local manufacturing firms are still low. Automation can potentially raise productivity and GDP growth in the Philippines, generating higher incomes for workers, increased market opportunities for companies, and paving the way towards a globally competitive manufacturing industry.

According to Universal Robots, firms that have gone the automation route have increased production by as much as 300 percent; while reducing defects by 90 percent and lifting profits by 20 percent. Universal Robots is targeting key industries such as electronics, automotive, semiconductor, food & beverage, furniture, and consumer products.

Cobots Take on New Roles
Universal Robots 7 models of simple, flexible, and affordable collaborative robot arms- UR3, UR5, UR10 from the CB3 series and UR3e, UR5e, UR10e, and UR16e  from the e-Series, each named after their payloads in kilos. Flexible ±360 degree rotation of all joints allows usage in confined spaces. These cobots can be floor, ceiling, and wall-mounted as required. Instead of requiring skilled programmers, cobots come with a tablet-sized touch screen user interface, where the user guides the robot arm by indicating movements on the screen.

Universal Robots customers typically see ROI within the first year. This is the case at Benchmark Electronics, US-based global engineering, manufacturing, and integrated technology solutions provider for OEMs (original equipment manufacturers), where the company has successfully deployed six Universal Robots’ industrial cobots in their assembly and testing processes in its Korat, Thailand operations.

Benchmark Thailand needed a robotics platform that was easy to understand, learn, and deploy. Unlike some platforms, the Universal Robots cobots use a simple touch-screen teach pendant on free drive mode that operators can learn quickly and create programs, and tweak fine adjustments easily.

“Through Universal Robots’ cobots, we see greater consistency in our production output and minimize human error. We have improved operational efficiency by 25 percent and saved manufacturing space by 10 percent. This will be good for new business opportunities. We expect to achieve ROI within 18 months,” said Boonlert Aukkarapichata, Director of Operations at Benchmark Thailand.

We evaluated many robots and cobots from different vendors, and we found Universal Robots’ (UR) cobots to be the best cobots brand to serve our current and future needs. They are incredibly easy to program and made light work for our operators to learn quickly, and are safe to work alongside with,” said Aukkarapichata.”

He added that operators have been transferred to higher-skilled jobs, involving complex assembly processes, following the integration of cobots in the production process

Cobots are now the fastest-growing segment of industrial automation, with the yearly annual revenue for cobot arms expected to reach USD11.8 billion by 2030, up from USD1.9 billion in 2018, according to ABI Research.

Universal Robots is represented by distribution partners in Philippines and more information can be found at https://www.universal-robots.com/distributors/.

About Universal Robots
Universal Robots (UR) was founded in 2005 to make robot technology accessible to all by developing small, user-friendly, reasonably priced, flexible collaborative robots (cobots) that are safe to work with. Since the first cobot was launched in 2008, the company has experienced considerable growth with the user-friendly cobot now sold worldwide. The company, which is a part of Teradyne Inc., is headquartered in Odense, Denmark, and has regional offices in the United States, Germany, France, Spain, Italy, UK, Czech Republic, Poland, Hungary, Romania, Russia, Turkey, China, India, Singapore, Japan, South Korea, Taiwan, and Mexico. In 2019, Universal Robots had a revenue of USD 248 million. For more information, please visit www.universal-robots.com.