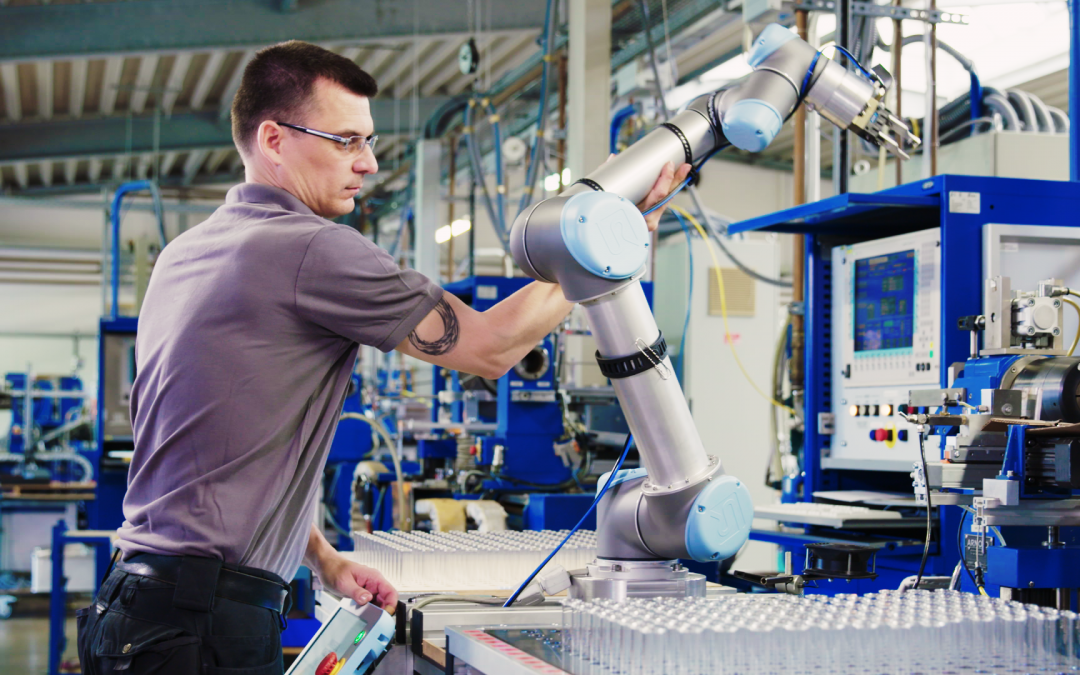 MANILA, Philippines – Collaborative Robots or “cobots” are more than just a cool innovation we all are excited to discover and utilize. It is in fact widely used in manufacturing companies around the world, wherein automation has increased productivity dramatically while realizing immense growth and sustainability. This has led to having cobots being hailed as one of the fastest-growing products in automation, as independent research forecasts sales growth to jump sixfold by 2030.

As we emerge from the COVID-19 pandemic, that push towards automation has never been so emphasized and necessary.  In a purely manual labor-dependent manufacturing setup, the disastrous effects were seen as factories shut because workers were not allowed to report for duty and operate equipment in person. With the collaborative nature of the cobots, it is certainly possible to have manufacturing operations run smoothly even with less human intervention, while still realizing productivity gains and business continuity.

Yet, despite the advantages cobots can bring, there are concerns and misconceptions that hinder companies from using the technology.

“Over time, there are still apparent debates about whether adopting automation such as cobots is efficient for companies. In the Philippines, conversations are about cost, job loss and safety is paramount. Primarily, cobots can add up to the effectiveness of human labor, can be deployed regardless the scale of operation, and can be easily maintained that is safe and cost-efficient,” said Darrell Adams, Head of Southeast Asia & Oceania for Universal Robots, a Denmark-based collaborative robots (cobots) technology market leader.

It is in this regard Universal Robots provides us some guidance on underscoring the true nature of cobots and separating fact from fiction.